And I’m not talking ATM. 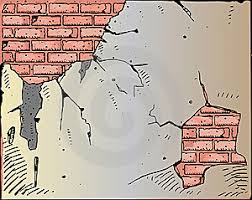 Have you ever felt yourself to be up against that dragon that you were never destined to slay?  That worm you’ll never be early enough to get? The one that leaves you feeling like the Emperor in all his glory when he set out in grand style to show off his ‘new clothes’ just when you think you’ve gotten a hold on it.

My nemesis is time.  Not just any time – although we have a slippery time keeping pace with each other continually.  No, the ultimate battle is drawn around the time of sleep and waking.  Here I am repeatedly mauled by my dragon, eaten by the worm and left with nothing but the Emperor’s new clothes to show for all the effort that I have made to conquer the struggle.  I feel as though I am beating my head against a brick wall.

What happens you ask?

I set an alarm clock.  Actually I set two alarm clocks ten minutes apart.  I do not trust myself with one.  I have been known to turn one off in my sleep!  I set one to raise my level of consciousness and the other to wake me.  For most of the year this is adequate.  But then comes the changing of the guard – it starts to get light earlier or later in the spring or autumn and for several weeks my dog hides the alarm clocks.  He must.  Some nights anyway – because they sure as hell don’t wake me.  But then I also have trouble in getting to sleep – so maybe it’s not all the dog’s fault.  At times I sleep no more than an hour or two a night.  Others I may get to sleep and then wake up at two in the afternoon – ON A WORK DAY!  This year I thought that I was winning at work until the seasonal sleep monster set in.

Right now I feel like I am beating my head against a brick clock.  In getting to sleep.  In waking up.  In getting to work.  My psychiatrist has given me something to try for the short-term (ie 4-6 weeks) as it’s a regular pattern and struggle and part of a bigger picture of short-term seasonal change in my mood.  It’s not a relapse – just a dip.  But oh so disappointing because its been so stable for so long.  In lots of ways I think I could handle it if the sleep didn’t go out the window.  It’s started to affect my work though, so I’m taking the medical option this time.  Maybe next time I’ll be able to have the personal strategies down strongly enough to manage it without boosting my meds for a few weeks – but I need to prioritise keeping my job over my pride for this time.  I may have to wake up and phone in to work in the Emperor’s new clothes.  I do not have to parade through the streets in them.

So for now I get my sleep under control.  I keep my mood stable with a little extra help than usual until the season settles.  At least I will be able to keep the dog in his place.  At least I will stop messing things up so badly in getting to work.  It will only be for a few weeks and then its back to the normal cocktail that I’ve accepted will be a part of everyday.  Back to using my ‘personal medicine’ or lifestyle strategies to manage life and its stressors.  Then I get summer to strengthen my other skills and to be ready for autumn when it comes.  Perhaps I will plan a short increase in meds again.  Perhaps I will plan time off work.  Perhaps I will be enough on top of my sleep to manage it with flying colours.

My Dog loves the twilight of the seasons.  He thinks its play time.  He loves the dawn.  He dances while I wake.

Oh to be able to open one eye and say in my firmest voice.

And have confidence that he’d obey.

One day.  One day he will.  One day I am determined to slay that dragon.